In the woods a few miles west of Thayer, Missouri sits the Grand Gulf State Park.  Along the plateau there's a deep, deep valley that resembles a small canyon.  The deepest point reaches 130 feet and stretches for nearly a mile.  It's actually a cave that collapsed thousands of years ago.  Hydrologists put dye in the water that drains into the cave at the deepest point in the valley.  Several days later it reappears bubbling up at Mammoth Spring, Arkansas about nine miles away.  The collapsed cave is part of a complex cave system that stretches across the area.  One section of the cave ceiling stayed in tack and creates the largest natural bridge in Missouri and around 200 feet long.

Here's a look at the overlook to the largest, deepest point of the Grand Gulf.
(Check out these pictures of the entire valley filled with water in May, 2011) 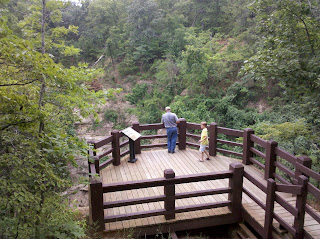 This is the view from the overlook above.  It's 130 feet to the bottom.
The cave continues on the right of this picture toward the east, southeast.  It's plugged with trees so don't get any ideas. 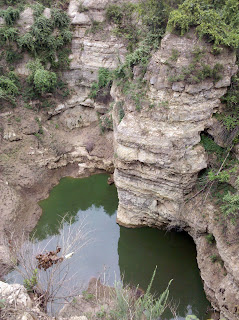 On the other side of the canyon sits this trail.  As you can see the warning on the sign: "This trail descends 70' using 119 steps." 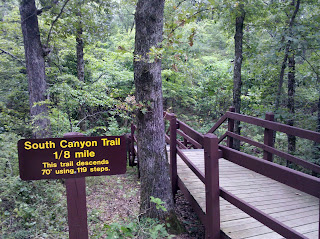 The bottom step below is the 119th step on the trail.  The rocky overhang is a bit spooky. 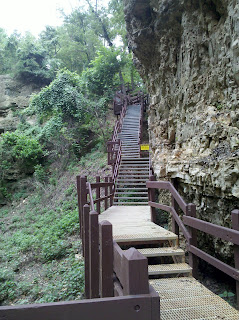 Another view of the south canyon and trail. 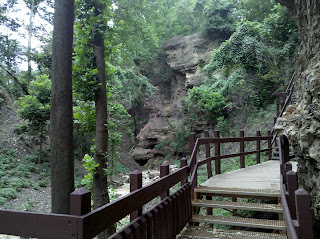 A small, trickling waterfall can be seen in this picture near the end of the trail.  The water falls about four feet to the loose rocks and there the water quickly disappears. 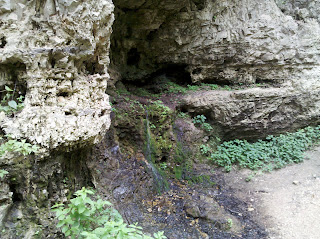 As a client, I will let you know that I wouldn’t dream of going anywhere else…… look at this web-site

The team is responsive and professional, making for an easygoing engagement. top brand consultancy firms