Rocky Springs, Mississippi was once a large town along the Natchez Trace. Today, only the church built in 1837 pictured below remains.

At one time 2,600 people lived here. Built from a watering hole and a rocky outcropping that gave the town it's name, slowly died off in the early 1900's thanks to a pandemic and then boil weevil infestation of cotton crops.

Even the cemetery is grown up.

For more information on The Natchez Trace (National Parks Service)

Posted by Unknown at 9:25 PM No comments:

An American Bullfrog sits in a creek pool on Crowley's Ridge in northeast Arkansas. 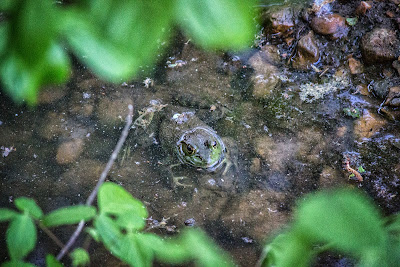 Posted by Unknown at 7:26 PM No comments:

This green lizard (carolina anole) hanging out on the warm bricks. He really stood out with his green color. He jumped into a bush and gave me a smile for the camera. :) 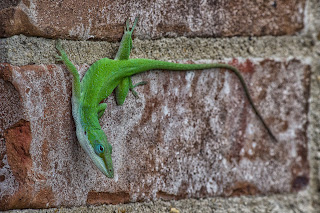 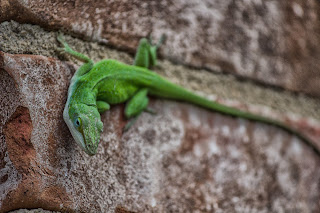 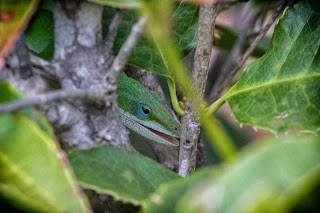 Here's some information I found on Wikipedia on carolina anoles: https://en.wikipedia.org/wiki/Carolina_anole

Posted by Unknown at 2:15 PM No comments:

Here are some sights and sounds of the 2017 Jackson St. Patrick's Day Parade. These pictures and videos are from the beginning of the parade at the corner of Court and State Streets. 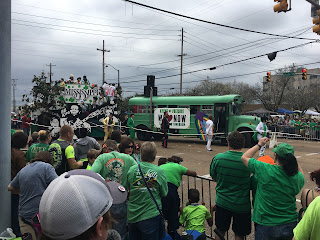 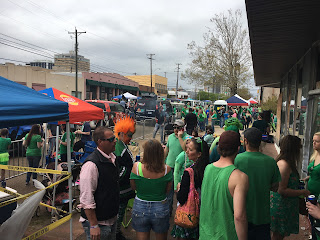 Posted by Unknown at 7:01 AM No comments: 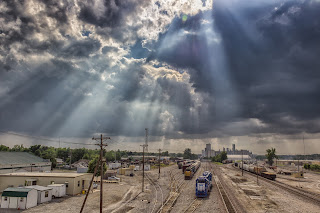 Posted by Unknown at 9:29 PM No comments:

About an inch and a half of snow fell March 11th in northeast Arkansas. Some pictures from Poinsett County. 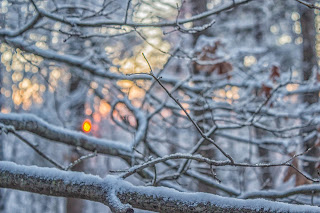 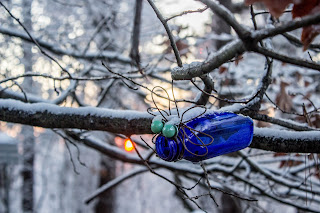 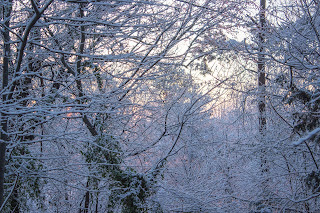 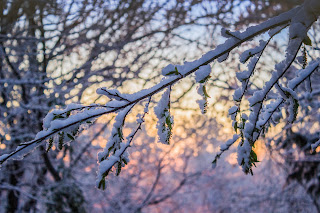 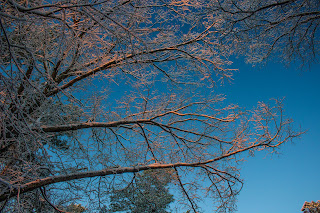 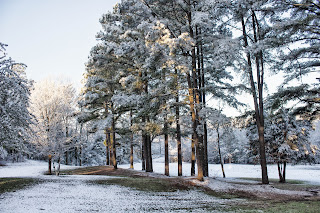 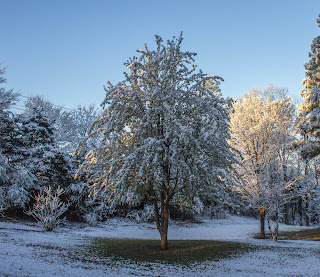 Posted by Unknown at 3:01 PM No comments:

On Thanksgiving weekend you'd expect to find live turkeys looking for a place to hide or find themselves on the dinner plate. It was the turkeys, however, looking for a meal when I walked up on them along the tall trees in a patch of woods on Crowley's Ridge. I'm not giving the exact location because wild turkeys are becoming more scarce in east Arkansas because of few wooded natural areas.

I heard them when I turned off the ATV. At first I thought it was a deer walking through the woods. I soon realized it was a big bird raking leaves. I was about 150 feet away. I quietly stepped off and began walking towards them. Once I approached, they stopped, looked at me and started inching towards me. They seemed to be scouring the ground for something to eat. They walked within 25 feet or so of me. 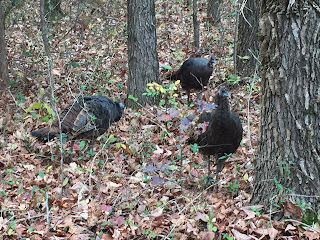 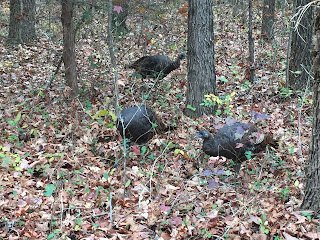 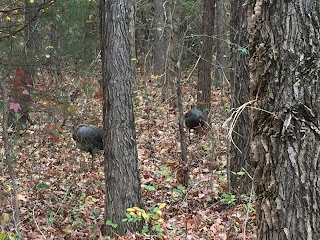 There was enough time to stop and take a nearly one minute video of our encounter.

The eastern wild turkey population remains somewhat unstable in Arkansas and the future of turkey hunting remains unknown. According to the Arkansas Game and Fish Commission, the turkey population in 2016 is down from 2015 even after a successful hunting season. What makes my wild turkey encounter more interesting is that the population for these birds in many east Arkansas counties can be counted in the hundreds or less.

These birds didn't seem to mind me being there. In fact, they almost seemed domesticated as I approached in my bright red shirt and hat. I spoke to a neighbor of the property and he told me he and others have been watching these hens and a flock of gobblers. He was also very protective of them knowing the unstable population.

Posted by Unknown at 8:27 AM No comments: